Sample Questions from the 2013 Contest

Display a single line indicating whether all special characters have a match for each test case. Format the output exactly as shown in the test data below.

Enter characters:
{)(}
All special characters have a match. 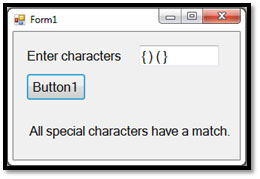 Create an application that will display the moving averages of a series of numbers. There will be n numbers in this series. The subset of numbers to average will be fixed at some value called s. When n = 10 and s = 4 we would want to calculate a moving average of 10 numbers 4 at a time.

Display a single line containing the moving averages as shown in the Output column of the Test Data section below.

1Your output may have additional decimal positions. Correct output will be judged only to the decimal precision shown in the sample output. Additional numbers of decimal output after that will not be considered incorrect. 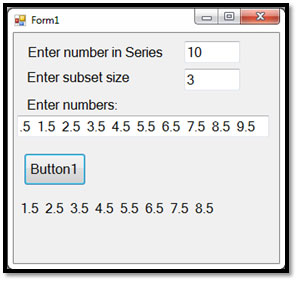 A group of self-employed business associates often travel together and don’t want to be bothered splitting their food bills at every meal. During the trip they take turns paying the daily food bills. For example John may pay all the bills on Monday, Jane all the bills on Tuesday, and so on. When they return they have to determine who owes money so they all end up spending the same amount for food. You have been asked to automate this process.

Display a single numeric value representing the minimum amount that must change hands so that every traveler paid the same amount. The number of decimals in the output doesn’t need to be rounded.

Display a single number indicating how many palindromes exist in the range for each test case. Format the output exactly as shown in the test data below.

Lower bound:
55
Upper bound:
75
The number of palindromes is 2 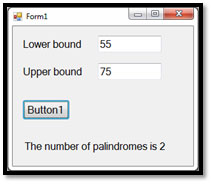 In this problem you will be given X number of blocks. You must programmatically determine the highest level to which the blocks can be stacked and how many blocks, if any, are left over. For example, with 3 blocks I can build a pyramid of 2 rows (2 levels) and have 0 left over as shown below. 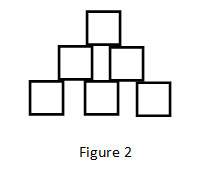 For each test case display a single line indicating the highest level possible and the number of blocks left over. Format the output exactly as shown in the test data below.

Your user interface is not being judged. Each set of data can be tested by rerunning the application. 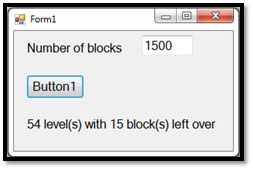 The goal of this exercise is to navigate through an array accumulating “points”. You can only move forward (to the right or down). Diagonal moves are not allowed. You enter the array at the top left corner and exit at the bottom right corner. You must always move to the next square with the largest value. The array will be of various sizes and the values will be given to you. You will not encounter a choice between two numbers that are equal. One choice will always be greater than the other.

The path accumulating the most points is highlighted below.

The total points accumulated are 37. This is based on the following:

If we repeat the same process on another sample array below we arrive at a total number of 51 accumulated points.

Display a single number that is the maximum sum of the digits representing a path from the upper left corner to the lower right corner. 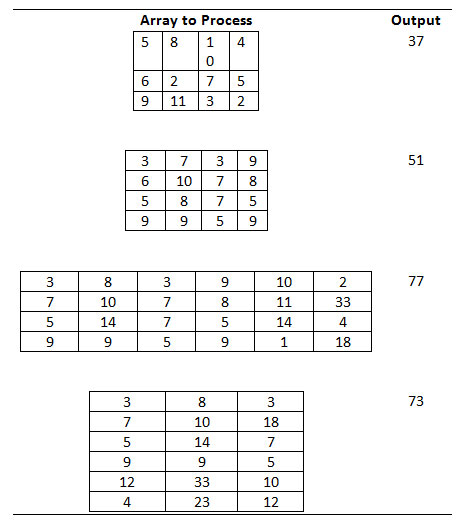 The Snail in the Well

Kids at a birthday party want to play a favorite game modeled after the game of tag. Unfortunately it is raining so they can’t go outside. They can’t run in the house so you decide to write a computer application to simulate the game. In the game the children sit in a circle and one person outside the ring (the leader) sings a song with a fixed number of words. Moving clockwise around the circle, the leader points to a new child in the ring for each word in the song. The child being pointed to on the last word of the song is out and must leave the circle. The leader then repeats the process with the smaller circle. The game continues until the last child is eliminated. This child is then the leader to start the next game.

Display a single line indicating the order of players eliminated. Separate each number by a single space. 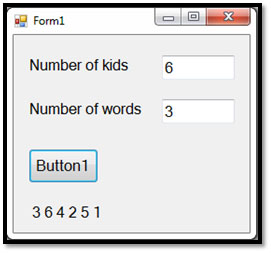 The Snail in the Well

A snail is at the bottom of a well and wants to climb to the top. The snail can climb X feet while the sun is up, but slides down Y feet at night while sleeping. The snail has a fatigue factor of F%, which means that on each successive day the snail climbs F% feet less than it did the previous day. The distance lost to fatigue is always F% of the first day's climbing distance. Given the height of the well, X, Y, and F, on what day does the snail leave the well? An alternative fate is the snail will not be able to climb out of the well and slides back to the bottom. In that case you will need to determine the day when the snail returns to the bottom of the well. Consider the example below.

The snail’s height on the third day (6.1 feet) exceeds the height of the well (6 feet) and this indicates it has climbed out of the well.

Another example demonstrates the snail failing back to the bottom.

The snail’s height on the second day (-0.01 feet) is negative and this indicates it has slid back to the bottom of the well.

For each test case display a single line indicating whether the snail succeeded (left the well) or failed (slid back to the bottom) and on what day. Format the output exactly as shown in the test data below. 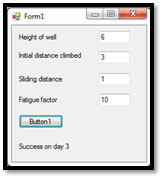