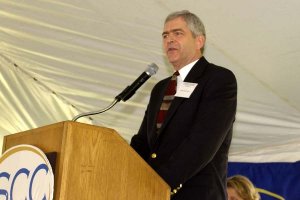 Scheduled to open in late 2006, the Professional Automotive Training Center is the culmination of an eight year fund-raising and lobbying effort undertaken by both Seminole State and the CFADA in an important public/private partnership. Governor Jeb Bush signed the state's fiscal 2004-05 budget on May 28, which completed the $2.5 million match of that amount previously donated by CFADA members, plus an additional $1.5 million needed to complete construction of the project. 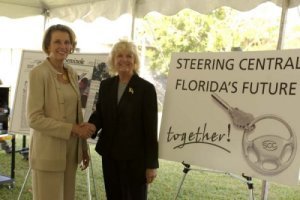 "Not once during the past eight years did I ever doubt we would be here for this ground breaking," CFADA Executive Vice President Barbra Miller said during the ceremony.

The $6.5 million facility will house Seminole State's entire Automotive Department and replace the current 30-year-old building, which is limited in the number of students and programs it can accommodate. The new Professional Automotive Training Center will also allow Seminole State to expand its curriculum into areas such as warranty administration, fleet management and finance.

"This project didn't happen overnight and it required some firm hands at the wheel along the way," explained Seminole State President, Dr. E. Ann McGee. "We hit a few unexpected bumps in the road, but every one of the partners involved kept their eye on the road, and by working together, ended up accelerating smoothly - and rapidly - to our 'finish line' here today."