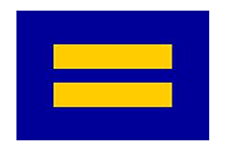 Human Rights Campaign -        This campaign works towards equality regardless of sex or gender identity. 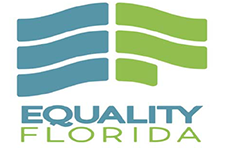 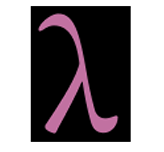 Lambda -
The lambda is an international symbol for gay
and lesbian rights.

Labrys -
The labrys is a lesbian and feminist symbol. 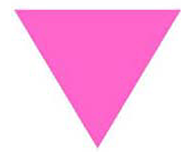 Red Ribbon -
The red ribbon designates concern for individuals
with AIDS or a
HIV-related disease. 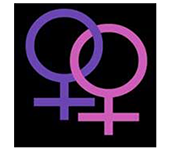 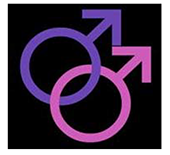 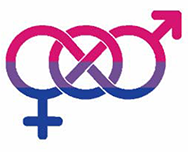 Relationship May Be with Male or Female 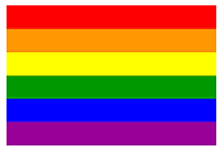 LGBT+ Pride -    The colors of the flag represent the diversity of the LGBT+ community. 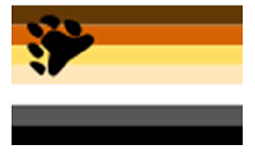 Bear Flag -
Designed to represent the bear subculture of the LGBT+ community, the flag includes international fur colors and is a masculine symbol. 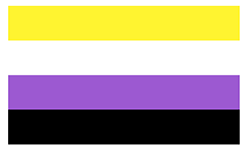 Non-Binary Flag - The non-binary flag is for those individuals that identity other
than male or female. 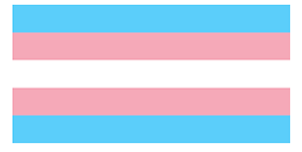 Trans* Flag -
The trans* flag is a symbol for individuals whose gender identity is different than the sex assigned at their birth.